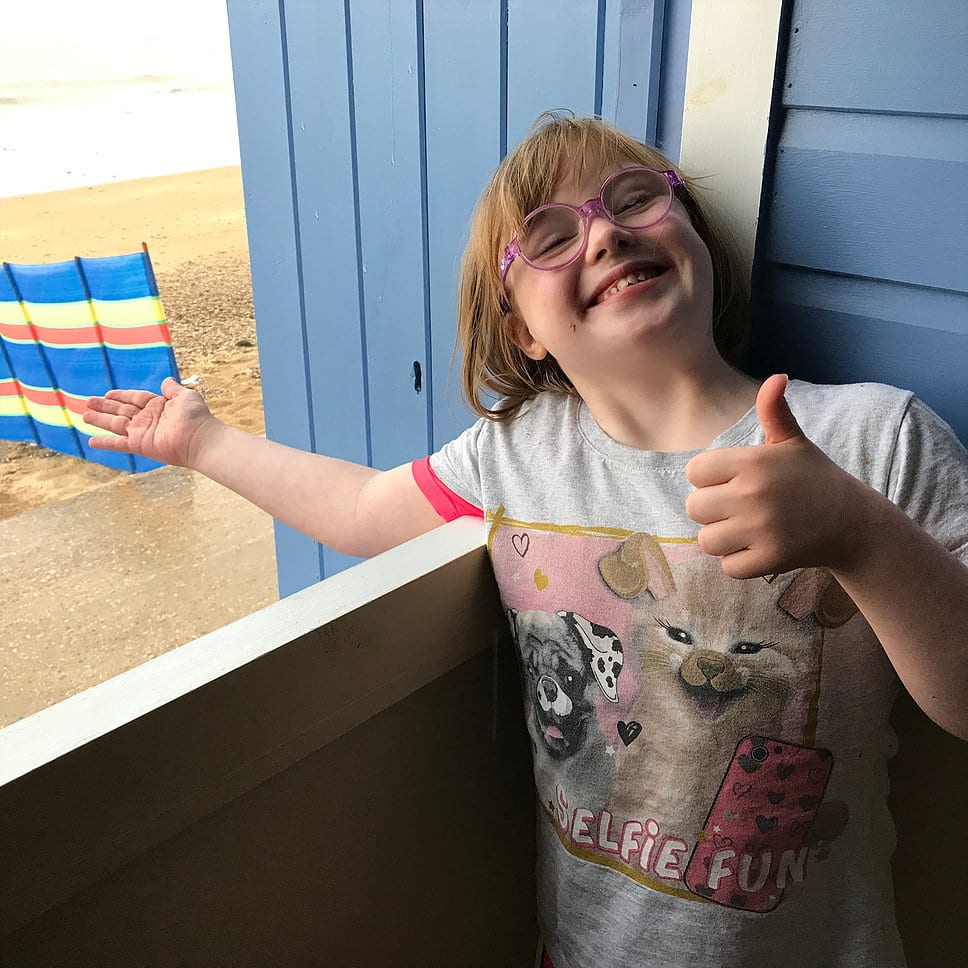 My beautiful daughter who has Down Syndrome is the light of my life.  She is kind, funny and gentle.  She has made me the person I am today.  I believe she makes the world a better place.

But I am also a midwife, committed to supporting women’s choices.  Where do I stand on the increasingly complex debate around prenatal testing for Down Syndrome?  I have given this topic a lot of thought!

A maternal blood test is now available which can tell you, with over 98% accuracy, whether your baby will have Down Syndrome.  This is now available on the NHS, but currently only for mothers whose initial screening indicates a greater than 1:150 chance of the condition. Several companies with soothing names like “Harmony” and “Serenity” offer the test privately, which is the only option at present for couples who want to find out sooner or who don’t fall within the “higher chance” category.

Previously the only way to know for sure whether your baby had Down Syndrome was to have an invasive test known as amniocentesis or chorionic villus sampling, which carried approximately a 1% risk of miscarriage.  This meant some healthy babies were lost each year as a result of the test.  The NHS still recommends invasive testing to confirm a positive NIPT result, but the NIPT test means far fewer woman will  need to undergo these stressful and somewhat risky procedures.

So it seems fairly clear that the NIPT is a better test, if a woman wants to test at all.  It is better because it is quick and simple to carry out (a blood sample from the woman), and gives pretty accurate results, with far fewer false negative and false positives than the old screening system.  It can also be done as early as 10 weeks into the pregnancy, giving families more time to decide what to do next.

So what’s the problem?

Well that depends on your point of view.  Many parents of people with Down Syndrome are concerned that the new test may make it easier and more acceptable to terminate pregnancies where the baby has Down Syndrome. The actress Sally Phillips, who has a son with Downs, has spearheaded a powerful media campaign called “Don’t screen us out!”.  She stresses the fun and happiness that people with Down Syndrome bring to themselves and those around them.  Previously many children with Down Syndrome were born unexpectedly because the screening tests failed to detect them. Does the introduction of quicker and simpler screening tests mean that a family will have to make a positive decision to have a baby with Downs?  And how difficult might that choice be to make?

What would I do?

My husband and I chose not to have any screening for Down Syndrome in any of our pregnancies.  It was a huge shock when Martha was born with Downs.  If NIPT had been available back then, would I have had it? I’m not sure.  But I do know how devastated we both felt when she was diagnosed.  I remember looking at my sleeping baby and whispering bitterly to myself, “I have a defective baby”.  I felt that Down Syndrome must be a terrible thing.  How could it not be, when the NHS goes to so much trouble to offer families a way out?

The first couple of years of Martha’s life were seriously hard.  She needed heart surgery.  I became depressed.  I’m always privately a little sceptical when I read of families who claim to have accepted a disabled child with nothing but happiness.  Maybe they are just better people than me.  But we found it tough to begin with.  And I do wonder whether, if we had known about the Downs at 10 or 12 weeks of pregnancy, I would have taken the “easy” way out.  Out of fear.

She brings us happiness

But I am so very glad I didn’t  Because Martha is a joy and a blessing.  She brings an honest and direct approach to life that we can all learn from.  She makes us laugh.  She has made the whole family kinder and more caring.  Whenever I am leaving the house, she tells me I look beautiful. She has taught me the massive lesson that life is not about achievement, it is about love.  And that is priceless.

I believe in choice. Every family’s circumstances are different, and I don’t have the right to tell anyone else what to do.  But our choices will inevitably depend on the information available to us.  NIPT makes it easier to find out whether your baby will have Down Syndrome, but it can’t tell you what life with that child will be like.  And the very existence of testing engenders fear.  Health professionals feel they have to tell parents every possible negative complication of Down Syndrome.  They don’t want to be blamed if a child is born with unexpected problems.  But it’s not so easy for parents to find out what might be positive about having a baby with Downs.

So where do I stand?  As a midwife, I believe NIPT is an improvement on the old screening system.  If we are going to offer tests for Down Syndrome, the tests should be as accurate and harm-free as possible.  But as a mother and a human being, I hate to think that families may be deprived of the potentially life-enhancing experience of having a child with Downs.  I am deeply grateful that we did not go down the screening route with Martha, because then we might never have known her.  And she brings me joy.

Postpartum Recovery – why it’s more than just boobs and stitches!

Two Days in the Desert – My Silent Retreat

This website uses cookies to improve your experience while you navigate through the website. Out of these, the cookies that are categorized as necessary are stored on your browser as they are essential for the working of basic functionalities of the website. We also use third-party cookies that help us analyze and understand how you use this website. These cookies will be stored in your browser only with your consent. You also have the option to opt-out of these cookies. But opting out of some of these cookies may affect your browsing experience.
Necessary Always Enabled
Necessary cookies are absolutely essential for the website to function properly. This category only includes cookies that ensures basic functionalities and security features of the website. These cookies do not store any personal information.
Non-necessary
Any cookies that may not be particularly necessary for the website to function and is used specifically to collect user personal data via analytics, ads, other embedded contents are termed as non-necessary cookies. It is mandatory to procure user consent prior to running these cookies on your website.
SAVE & ACCEPT